Is this the best baklava in Sydney?

I remember my first baklava. My mother worked at the airport and sometimes she’d drive through Rockdale on the way home. One day after school, my mother brought home a tray of mixed baklava from Ibrahim Pastry out on Princes Highway in that part of the city. My mother gently goaded me into trying them,  something that was no easy feat then.

At that point in my life I was a ridiculously picky eater, suspicious of everything that I hadn’t eaten 100 times before. I looked at the tanned beige-ness of the outer pastries in an array of different shapes and the gloss of the sugar syrup it was bathed in. Between all the layers of phyllo, my mother told me they put ground nuts. “They’re sweets, just have some,” she said. 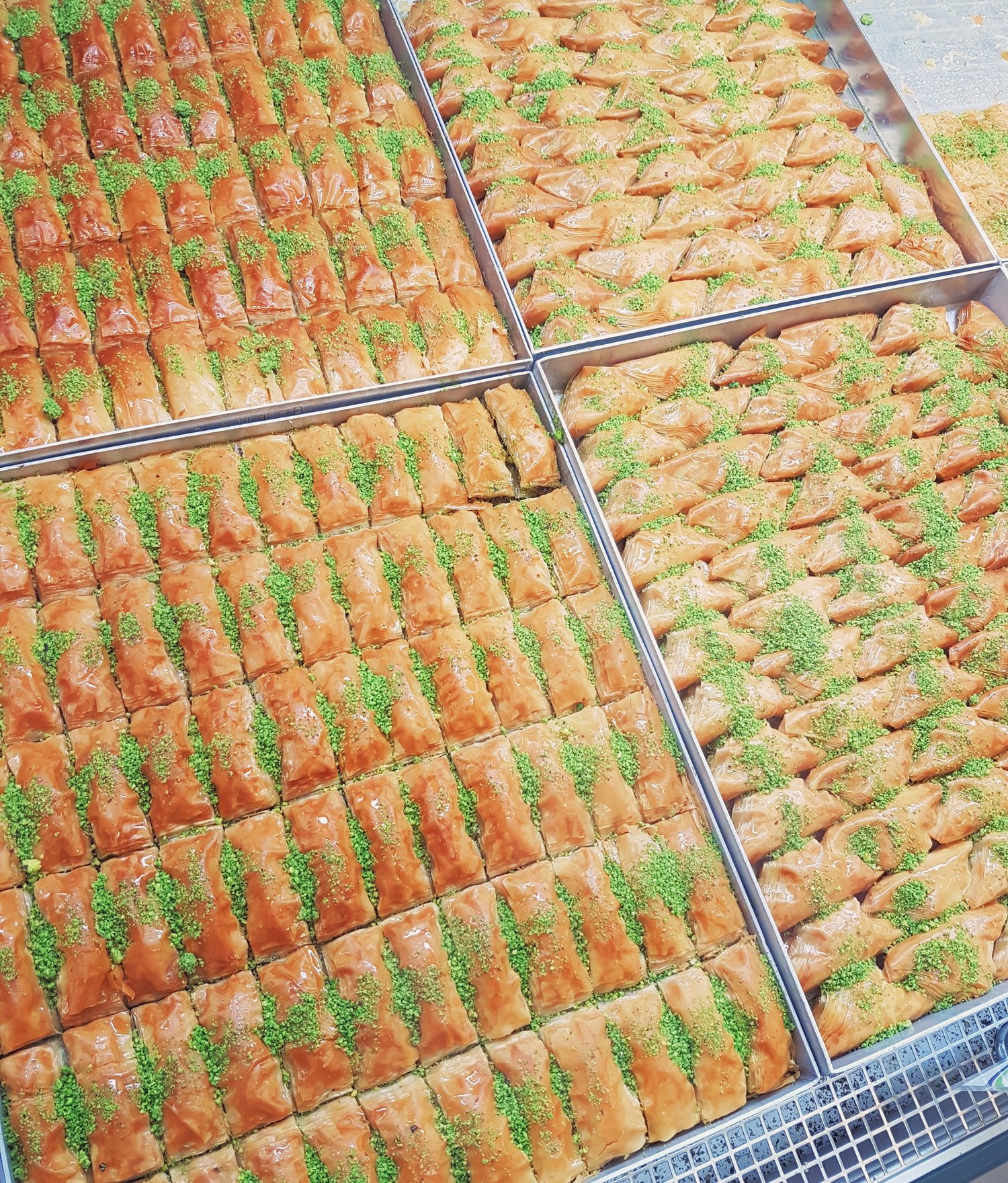 The only part I’d found even remotely interesting was the sprinkle of green on top of each piece. I reluctantly took a piece, half thinking it might poison me. I remember the stickiness it left on my fingertips as I raised it to my mouth and took a bite. The crunch sent the Earth shattering beneath me, as the phyllo gave way to my teeth. In my mind I tried to figure out the taste of what I was eating; nuts, pastry, sugar syrup, floral notes, pistachios. The dance of textures that gently swayed along a gradient from hard to soft.

It was at this point that I knew I could not stop. I was hooked. That first bite enchanted me. I firmly believe that baklava started my love of eating. I’ve eaten all over Sydney, from every cuisine this great city has to offer and I suppose one of the main reasons for that is because I’ve been trying to chase that feeling since.

Since then, I have had more baklava than I can count. I’ve tried a lot of baklava here in Sydney. Good and bad, homemade and store-brought and like many aficionados, I can tell you where to get good ones. But it’s only recently that I came across great baklava. I

As an aside, I supervise exams at a high school in Auburn. On one of my early morning commutes, I noticed a small shop near the end of South Parade that had baklava. My curiosity peaked and I went in after work one day. Gaziantep specialises in Turkish baklava. The shop is pristine and neatly kept. A window that faces the street has a case displaying more modern types of baklava. Ferrero Rocher and Nutella adding to the decadence of the already moreish treat by tenfold.

When you walk in further, you see the more traditional baklava. They have a great inventory! Some of the sweets in the display case I had just seen for the first time, while others were intimately familiar. The colours of the sweets themselves were more vivid than others I had seen. The pistachios they used were a vibrant and alive green, complimenting the deeper beige of the pastry Gaziantep used. I asked for a 250-gram box of mixed, taking some of the sobiyet which I hadn’t tried before. Sobiyet is triangular shaped, with leaves of a sweet pastry shell wrapped around a nut filling and dusted with pistachios. The price is typical of that of western Sydney (I.e good value). I left the shop and caught the train. 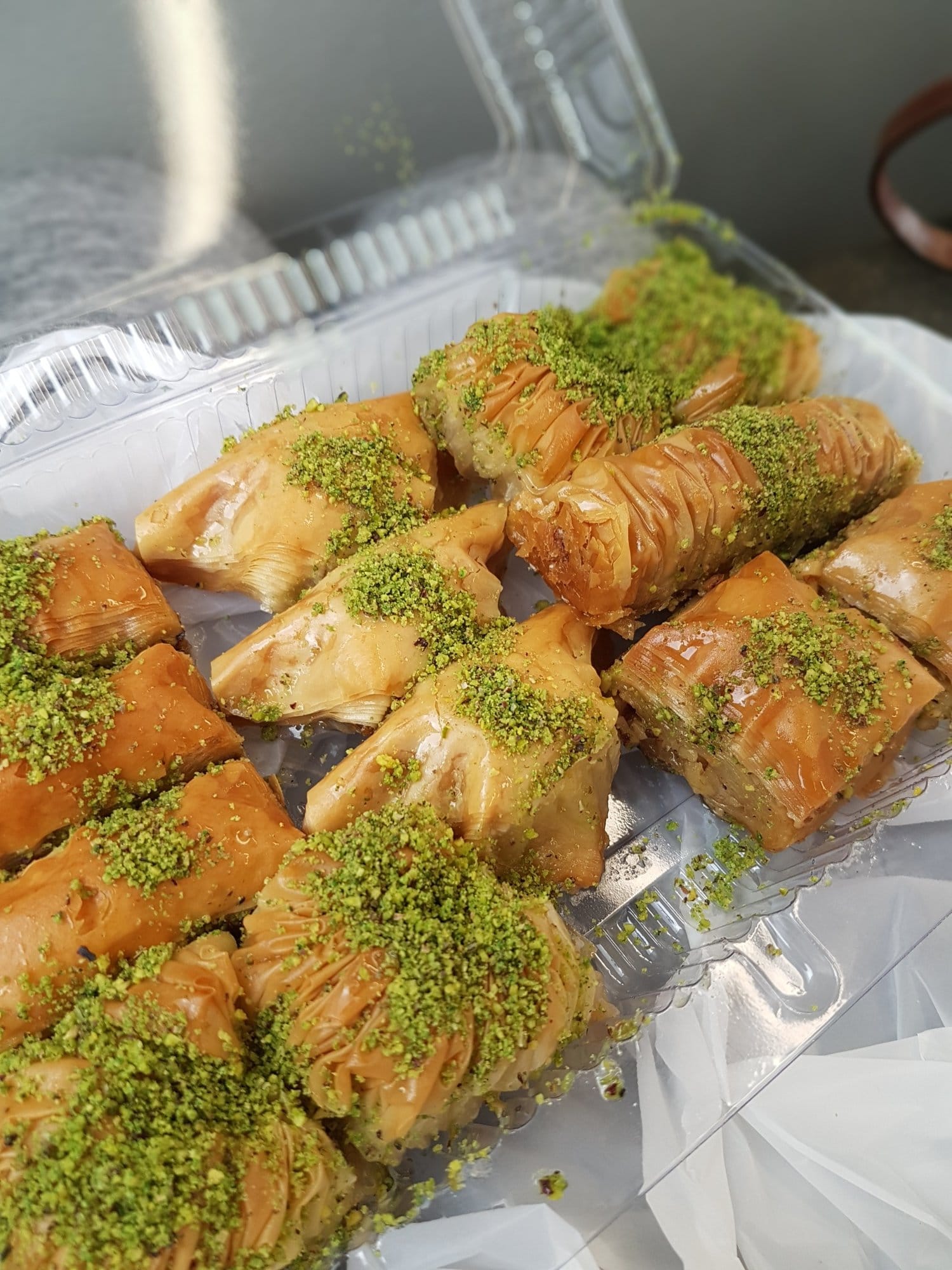 As I sat down I knew I was caving into my desire to try them. I opened the box and grabbed a random piece. It was a bite that rivaled my first and maybe even bettered it. The changing texture with every bite, first crunchy, then less so until it became softer. The unctuousness of the syrup, that permeated the piece just the right amount. It was transcendent.

So highly do I think of Gaziantep and their baklava, that I’m totally happy and willing to take public transport to Auburn at about 8:00 pm on a weeknight to buy a tray. They’re open til about 10 pm. It’s a totality of whatever is really good in the world. And if anyone made anything better, they are keeping it for themselves.

The extravagance of Gaziantep’s baklava is a love letter to everyone who likes eating sweets and if you don’t believe how good it is, go to Auburn yourself and see and taste. 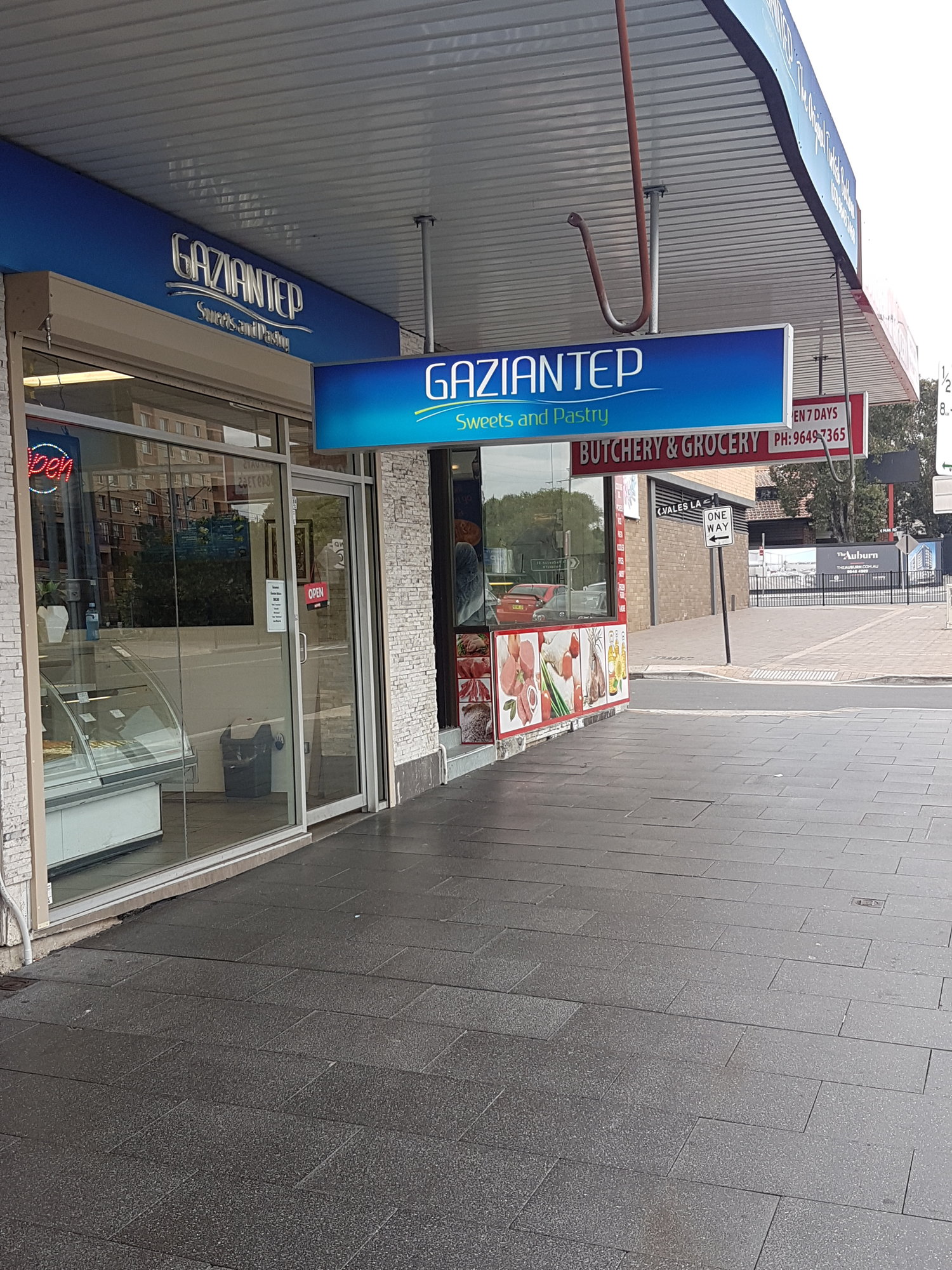